How To Get 150% More Retweets, Plus 5 Advisors Who Do It Right

Posted by Carolyn McRae on February 25, 2014
Spread the love

You know the feeling. 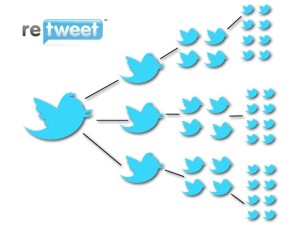 You send a tweet (a really awesome one, by the way) and a minute later, get a notification that someone retweeted you.

There are numerous “tricks” to growing your impact on Twitter, but this is a crazy simple one.

Turns out, tweets with images get 89% more ‘Favorites’ and 150% more retweets than tweets without (Source). That’s right. Image tweets are a powerful way to amp up your follower engagement.

And it’s really easy to do. From Your Computer: Sign in to Twitter.com. Go to compose a new tweet, as you normally would. Click on the small ‘camera’ icon and select the image you want to tweet (a photo, screenshot, etc.) from your computer files. Draft your tweet’s text and voila!

From Your Smartphone: Open your Twitter app. Go to compose a new tweet, as you normally would. If you’ve already taken the photo you want to use, simply tap the small ‘image’ icon, select the photo from your camera roll, add your text, and tweet it out. If you want to take a new photo, simply tap the small ‘camera’ icon, take a photo, select ‘Use Photo’ when you’re happy with it, add some text, and send!

This is particularly impactful for financial advisors.

Tweeting an image not only makes that one tweet stand out in your follower’s Twitter feed, it’ll also set you apart from most advisors on the platform.

Sorry to break it to you, but as a group, advisors can be very bland on Twitter. It may be because you feel like each tweet needs to be super informative and professional. You may feel like you’re on stage in front of your clients, prospects and peers, so the pressure’s on to be insightful, factual, and “perfect”.

The problem is, this kind of mindset can make image sharing feel risky. But it isn’t. In fact, sharing an image not only makes advisors come across as relatable, personable and therefore approachable,  it can also be incredibly informative. A picture’s worth a thousand words, right?

To show you how easy (and fun) this can be, here are 5 image tweets from advisors this month, and why they totally rocked it.

The Secrets of Body Language: Why You Should Never Cross Your Arms Again http://t.co/cpkwRXj9md pic.twitter.com/xjGSqFrdD0

Why it rocks:
– Image is informative right away, 2 examples of “High-Power Poses”
– Shares tip that’s immediately useful, and useful for followers of all kinds
– Daniel adds an additional piece of advice in his tweet text – “Never Cross Your Arms”

Why it rocks:
– Curates interesting information that’s relevant to a Twitter audience
– Michael took a screenshot of this key info from the article, so we get immediate value without clicking
– Tags two other users, upping his chance at a retweet

FYI – Blueleaf is integrated with Wealthbox! Users can get going in minutes.
Also available during your Blueleaf 30-day trial.

Why it rocks:
– The internet loves photos of puppies, cats, and babies. Period.
– Fun update for her followers, introducing a “new assistant”
– Great example of a personal-yet-professional tweet

Why it rocks:
– Seized a moment of “waiting” to connect with followers
– Content is relevant to Bill’s tech-savvy brand
– Text is conversational and friendly

Tag us @Blueleafadvisor when you send it out, and get a ‘Favorite’ or Retweet!

Carolyn is Blueleaf’s in-house marketing guru. She writes on The Blueleaf Blog to make advisors’ lives easier, offering practice management and client engagement tips where and when they’re useful. Outside of the Blueleaf offices, she can be found running a 10k or cooking her famous chili. Chat LIVE with Carolyn on Twitter @BlueleafAdvisor!
Previous Post: 7 Terms Advisors Use That Make Clients Go “Huh?”
Next Post: Advisors, Shred Your List of Goals and Listen To My Mentor